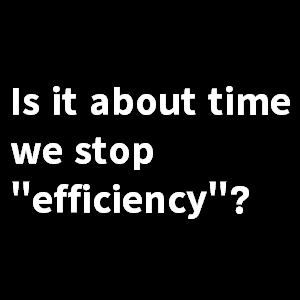 Supports to enlarge / reduce the waveform of AB loop screen by doing pinch-in and pinch-out by two fingers!

This version is based on many user’s request. Supports to enlarge / reduce the waveform of AB loop screen by doing pinch-in and pinch-out by two fingers. Let’s use Hayaemon.

These days, when i searched for “Hayaemon” on App Store, i founded this comment.

Personality
This app is so good. But you should write short sentence on update history. Although it is a long sentence, the content is very thin. And your personality is so bad. Please stop it.

Wow, human beings are really interesting. Personality of people is diverse. Even if seeing the same thing, there are the ones who take the stress, others who enjoy it. In the present era, personal marketing on the Internet became commonplace, and if you show your personality, someone will hate you. This is normally thing because personality of people is diverse. In that case my opinion is that, it is better to go through even if you are hated.

However. In the coming era, like the one who gave me the comment, the way of living “to complain about the personality of others” becomes difficult. In the past era, there were many tasks that we should do. “Efficiency” had worked positive. It had been appreciated that it will produce many achievements in as short a time as possible. It was justice that “don’t do useless things as much as possible”. We had been believing that “useless is bad”. For example, “you should write short sentence on update history” is that. This sounds like a justice. Because we had been believing that “useless is bad”. There really is not such a rule.

When considering the future era, it is better to throw away the values of this “omit wasteful things as much as possible” as soon as possible. In future times, robots will become doing tasks that can be made more efficient. Little by little, robots loaded with AI will be able to do.

So, what should humans do? I think that is “waste things” if we are old sense of value. Things that can be feel “fun”, which is completely opposite to efficiency, are very important. For example, that is “long update history” for me. Normally, I write only the updated content concisely. But I write long sentences because I want to stand out more, I want to delivery developer’s voice to users, and I want to communicate many users.

I am so fun when writing long update history. So, for the one he don’t have a play mind, he may find it frustrating. Still, I don’t stop. I’d rather make an effort to make it longer. If everyone have a play mind, and if everyone laugh everything, that is wonderful. Because the thing that personality of people is diverse is already obvious.

Well, I am developing this app with the phrase “I want to deliver Hayaemon to one million people.” The remaining number of downloads for reaching one million is 821,000. It is long! Long way! Let’s do our best! Let ‘s do our best with everyone! So Enjoy “Your” Music with Hayaemon!!